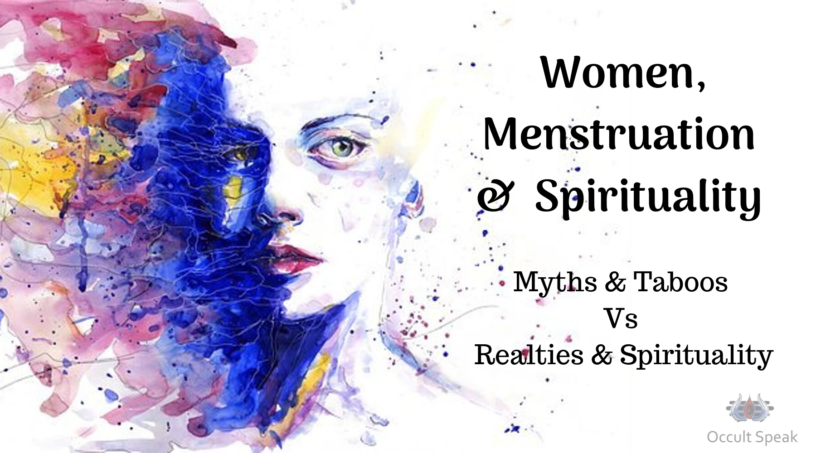 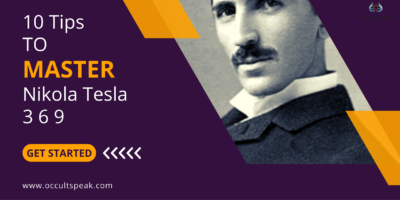 Menstruation Blues: Understanding the Menstual Cycle helps to remove the Taboo in Society

Menstruation: Many traditional practices, taboos and myths are prevalent surrounding normal physiological processes such as menarche, and lack of  scientific explanations of such phenomena, leaves them puzzled and are unable to differentiate between myths and reality

Medically speaking, the menstrual cycle in a woman, is complex and controlled by different glands and the hormones produced. Menstruation, also known as a ‘period’ or ‘monthly’ is the regular discharge of blood and mucosal tissue from the inner lining of the uterus through the vagina. The average length of the menstrual cycle is 28–29 days which can vary in women and from one cycle to the next. The length of a menstrual cycle is calculated from the first day of the period to the day before the next period starts.

READ: Do Women need to Change Surname after Marriage?

The menstrual cycle occurs due to the rise and fall of hormones This cycle results in the thickening of the lining of the uterus, and the growth of an egg, (which is necessary for pregnancy).

The egg is released from an ovary around  fourteenth day in the cycle. The thickened lining of the uterus provides nutrients to an embryo after conception. If pregnancy does not occur, the lining is released out what is known as menstruation.

Ideally, Periods stop during pregnancy and typically do not resume during the initial months of breastfeeding.On an average, girls get their first period (menarche), between the ages of 11 and 14 years. Menstruation stops (menopause) between 45 and 55 years of age. Up to 80% of women report having some symptoms prior to menstruation.[5] Common signs and symptoms include acne, tender breasts, bloating, feeling tired, irritability, and mood changes These may interfere with normal life, therefore qualifying as premenstrual syndrome, in 20 to 30% of women. In 3 to 8%, symptoms are severe. 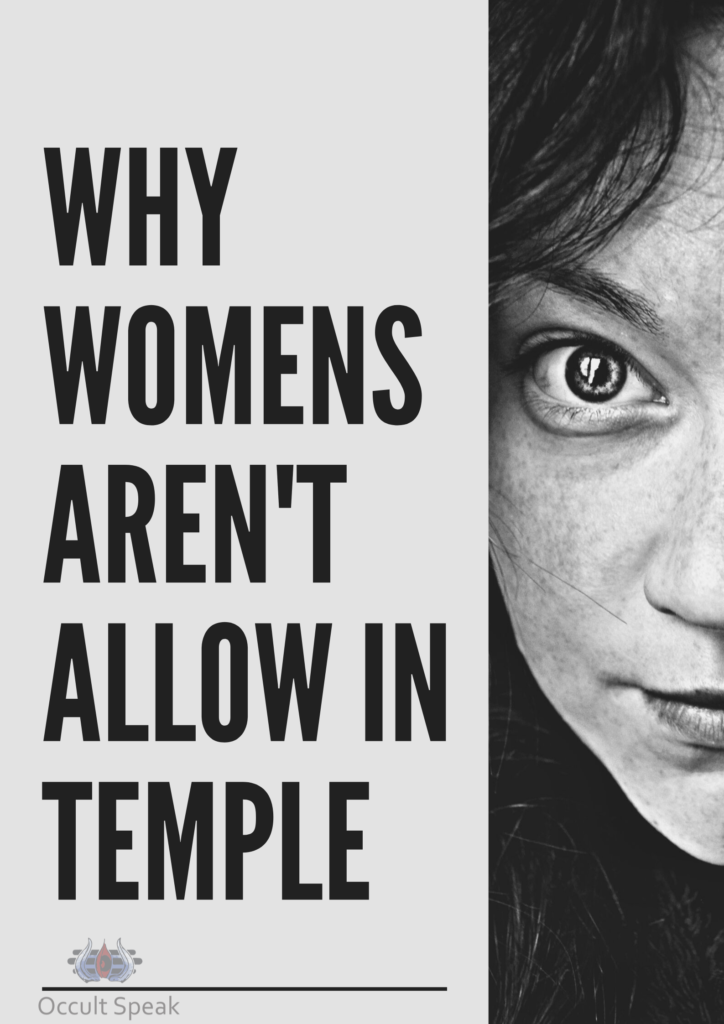 Myth 1: You Shouldn’t wash your hair during your period.

Doesn’t it sound like a  rubbish ‘tale’ with NO scientific logic. So girls, wash your hair as much as you like.

Period blood actually looks like way more than it is. On an average, there is only loss about two to three tablespoons of blood in a normal period. there’s no need to worry about being weak unless there are very heavy periods (menorrhagia), If you are one of the 10 percent of women who get heavy periods  and the flow is so substantial If the woman faints or feels dizzy while getting up, then this medical problem needs to be addressed immediately.

Myth 3: Exercising during your period is not allowed:.

On the contrary, Exercise is the best  suggested which can be done to ease menstrual cramps.Gentle movements like walking, swimming, Pilates or yoga are recommended to boost your mood and help relieve some of your aches and pains. Just remember to use a tampon when swimming and change it straight away after you leave the water to prevent infection.

There are no tell-tale signs about any ongoing period. There is no change in body odour during periods nor is there any change in skin tone or movement. You don’t smell or walk differently and your skin tone doesn’t change. You have nothing to hide the fact. Nowadays, girls are much more upfront about menstruation and symptoms like PMS and cramps. In fact, you might find it helps to be open about your periods, at least with your girlfriends. After all, they’re getting them too.

Myth 5 : Shouldn’t have a bath during menstruation:

Some think that having a bath or even taking a shower during periods is unsafe. This is either because hot water stimulates bleeding, or because the water stops you from bleeding,  having ill effects.While hot water can help stimulate blood flow, this can actually help relieve menstrual cramps and ease muscular tension.

Bleeding does not stop following full immersion in water. However, the pressure from the water may temporarily prevent the blood from flowing out of the vagina.

There is no reason not to have a bath or shower during your period. Mostly relaxing in a bubble bath and feeling cleaner as a result of it will improve mood and help you cope with menstruation symptoms a little better, feeling clean and fresh.

A study that ‘Medical News Today reported on last year found having a hot bath could bring a host of other health benefits. One study covered on MNT last year suggested that baths may reduce inflammation and improve blood sugar.

Apart from these MYTHS, there are some more prevalent superstitions and taboos in Indian families.

While there are many taboos prevailing in Indian society regarding the Menstruation and religion,  but the actual fact is that there is no correlation nor spiritual agenda behind women should not enter into the temple while the monthly period.

Women are not allowed in the temple during menstruation?

For this ,We have to go back 2000 years ago in ancient India wherein the women were trained to work 18 hours a day which includes looking after the household duties such as preparing the food for a 10 to 15 members, giving fodder to the cow, milking the cow in early morning and taking care of the children and agriculture and also to take care of the temple and other social worker of the family.

The working efficiency of women in those days were extremely high, they were able to work for daily 20 hours, tolerate the menstrual and labor pain, ( they need not take pills for pain Or preventing the cycle) but nowadays women are so weak and fickle minded that tolerance power is so weak that even a small labour pain is unbearable and 7 out of 10 women undergo Caesarean.

And if we look at those time the women’s was working so hard that she hardly gets time for own self and even she get times she gets tired due to working for 15 to 18 hours daily.

Therefore the people in those times (the vedant scholar and social workers ) start thinking to give the rest to the lady working day in and day out, hence they created a monthly rule that the women that the monthly/period should not be allowed to do any work at all whether it may be the household work , cleaning the temple, doing the cooking for a family members or any sort of physical hardship must be avoided. Her work of daily routine will be performed by some other women, maybe In-Law, Sister or husband.

This Thumb Rule has been created by the holy people just looking after the  poor woman’s situation in ancient India.

The reason women aren’t allowed to enter into the temple in those times that was because the temple was far ahead from the house and it was lying between 2 to 5  kilometre and a woman had to pass to the jungles to reach to the temple and perform the religious ceremony.

In those days they were the wild animals were roaming freely in the jungles and the urban areas. Now, due to the Menstruation blood odour may/will attract wild animals such as lion and tiger and female/women may fall prey by the attack by the wild animals , Also it was impractical for a women to walk 2 to 4 kilometre from house to the temple.

Therefore its become mandatory for every woman to stay at home and do not involve in any physical activity in those 3 to 5 days of periods.

Can women meditate during Menstruation?

Women can do the meditation/Pranayama or any sort of yoga during the time of menstruation but the physiological situation of women in these  2 to 5 days are so critical that woman’s body becomes very weak and he is unable to perform any physical activity therefore, we can’t even think of doing Pranayam on meditation.

Women-touch seems to be BAD in those Days. Why?

Even touching the Tulsi wilts. Do women possess Evil powers in those 5 days?

No, Not at all , It is a false myth that women have evil power in menstruation, the reason for the tulsi plant get squeeze up during this time is because the Monthly Period are created by Mother Nature to clean up the bodily toxins present in the woman’s body and also prepare her for conceiving next lunar days.

Women are considered as Manifestation of Maa Durga (Divine MOther) then how come a Mother can become Impure in these 5 days. It is just a manipulation done by a few Narrow-Minded People that women are impure my mind and birth.

Since the blood flow ( bleeding ) is so high that women’s minds get frustrated and due to hormonal imbalance, there comes Mood Swing in mind which is filled up of anxiety and anger, hence when a woman in her period’s touches the plant of Tulsi which is so sensitive and pious plant that women’s inner thoughts of guilt, resentment passes on other living and non-living things hence, those negative thoughts show its hazardous effect instantly.

We all know the power of the subconscious mind and how faster it work on positive and negative thoughts. These energies are so high in those 5 days that all the living and non-living things get severely affected by her touch.

We can see that even touch of women on Papad, Tulsi plant and other material gives tremendous negative effect, why because women are unable to control their mood- swings. This leads to higher judgement, stress and disputes between other members, hence they are told to rest during this 4 to 5 days.

Also, since the Yin Energies in women is so high ( due to the manifestation of the divine mother) that Urja(energy) is intolerable by a common man. Hence, we humans made custom to restrict the mother /lady to enter the temple and its vicinity.

If Women are performing any Ritual such as Religious Ceremony, Havan ,chandi Path say for 11 days in Navratri or 30 days in Shravan month, then should we stop ritual in menstruation? Does, our monthly cycle break the religious activity?

No, Not at All , Hindu Shastra allows the women to perform all the activities of ritual, such pooja path, havan etc, but as mentioned above due to the hormonal imbalance, the woman is unstable to focus on one thing, hence Hindu Scholars also recommend to stop Spiritual and Religious Practices for these 5 days.

Suppose, if one woman is taking 11 Days Anusthan, Spiritual Sadhana (Meditation retreat) Or Mantra Sadhana, Chandi Path for 09 days, and  if menstrual cycle arrives on the 3rd Day, then the woman should stop the ritual physically (but she can recite the almighty in mind as Ajapa Jaap), after the 5th day of clearing the cycle, she can continue her sadhana or spiritual practices, she need not start the whole pooja from Day ONE since her sadhana will be  considered as 3rd Day from the end of her cycle. For women, Hindu Tantra Shastra and Mantra Shastra has mentioned this liberty.

Let me know how did you find this blog on ‘Women, Menstruation and Spirituality’?