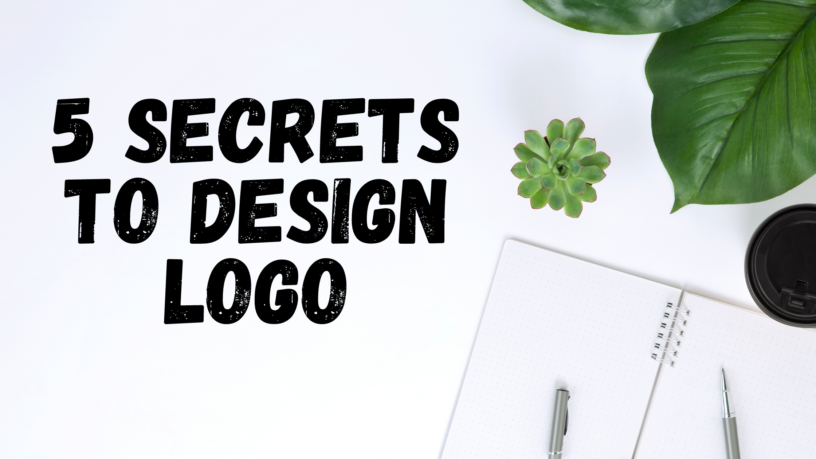 Wix Logo Maker : In my last blog on logo analysis, I have given the introduction to Logo Analysis, its history, utility etc,.

In today’s blog we will understand the Logo design and how to design the custom business logo with scientific methodology and another important aspect of Logo Analysis such as shape and size .

Since there are many website and app available on Google like Wix Logo Maker ,Legends etc but its has its own limitation and the business logo on those sites and apps aren’t create based on logo principles.

Shape: The logo always carrying a meaning with its certain shape. Generally, we can see the shape as Square/Rectangle, Circle/ Oval, Triangular/Angular & Thread.

We can see generally this 4 shapes in every logo, of course, many logos making site like Wix Logo Maker do have the abstract image and irregular shape which does even match with the stylus of the company/brand.

Square/Rectangular Shape: Such shape gives more of stability but slow growth to the organization/brand(s). They would like to work under specific bracket, rules and regulations go more into structuring the project, minutes detail, hence many times project(s) goes slow but it goes smoothly later.

Circular/Semi Circular/Oval Shape : Such shape logo company are very receptive to changes , they re very flexible also, will change their small and big decision according to the situation and market trends, apart from changing they are also very adaptive in nature hence will adopt a new /old culture or strategies or market trends which suit to their environment and growth factors.

Such company are very conscious for their public image and take very sharp decision on employees such performances, etiquette, customs, culture, communication etc.

Triangular/Angular : Companies those logo having more of angles, angularity and sharpness they are more into analytical process, they do like to do more in thinking and detailing process which sometimes takes lots of times in execution of the projects hence the action sometimes is delay but the work is done only after lots of market survey and data-inputs.

The Owner of this company never to believe in Verbal Communication rather they believe to have all written communication and facts and figure as clear and real proof hence they always need lots of facts, market data and intelligence which prove and give them satisfaction that work is going as per the market trends and demands of the industry.

I have often seen many such logo owners behaving very upfront and sarcastic manner in open forum as well as in one to one meeting also, they sometimes even been very clear but has harsh communication with their vendors and clients – it does not matter to them whether they will lose their benefits out of putting them on their debate.

Thread/Threading : This formation logo can be only properly understood by Seasonal Graphologists as they knew the Pro and Cons of Thread writers, anyway coming to the point that such formation Logo are good at manipulation, take faster decisions but many a time their decision are bit hasty and prove to them very hard and expensive hence such Logo company should take time to execute their plan.

Is Wix Logo Maker Free to Use?

As Graphology says: Thread writer always in hurry similarly these Logo Owners are always in hurry to get faster growth hence their action is faster and brain work sharper.

Such company even if they saw faster growth their working structure and graph is always seen many Ups & Downs.

Such companies focus on their work but many times they may loosen their quality and essential services which leads to irregularities.

Size of Fonts in Logo: Size of the logo represent the outcome & effort put by the founder & employee.

Image: Few Logo is made purely based on the image related to their products/brand or industry.

There is sometimes a logical reason behind the image in the logo which depicts the brand/products important.

Many brands are related as to gives important to those brand(s). For Example – In Pharmaceutical Industry – One company named as Novo Nordisk which is the pioneer in producing quality based drugs, they have a logo of an animal ( I forget the name of that animal ) through their one of the insulin brand has been created from that animal organs.

Similarly, many image and brands carry the pictures and emotions that depicts the human feeling which gets connected to a brand(s) which in turn get registered to a human brain.

ALL CAPITAL : Whenever we see ALL CAP throughout the Logo then it is considered as Middle zone writer, these people are more of self-centred in lifestyle, similarly whenever you see a logo having all the Fonts having Capital Letter then such Company want the attention of the people, hence will do anything to catch the attention of public.

Their advertising campaign, the promotion will catch the sight of the audience, hence here more effort is put in public visibility.

They need acceptance and accept the feedback from the reader/customers hence they felt the importance of their client and at another time these organization gives more importance in daily activities, advertising, promotion, products delivery, communication with people through which they want and gain the public attention, in short, they will do things differently to hold their brand proposition.

So in such companies, brands get faster growth but also on other hands the period of growth is limited.

The brands of those company having All Cap letter generally has good brand recall value. This company can become the good leader in their industry/segment but for the small period only.

ALL Small Letters: Those company’s logo having the small letter focus more on the acceptability of public, they are more of customer-centric, they believe in oneness.

They get slow but steady growth, this group of people take care of minute detail – ranging from the launching of the products to sales after services.

Will goes to take feedback and is flexible in their strategies. To this company take faster decision prove difficulties in the long run.

Mix Letters: Those company having mix letter formation ( Capital and a small combination of Google ) prefer to have always a realistic goal and achieve the set target within the stipulated time period.

They take care of everything ranging from market research – product packaging to a feedback of products/services.

The best part of such organization is they take extreme care even of their inner client – Employee(s).

They believe more in Business Etiquette and customer satisfaction. Will even spend the good amount of resource on training, research and development on products as well as on employees.

Employees in such company enjoy their work, hence the attrition rates are very less in an organization.

Squeeze Shape & Letters: Companies having squeeze shape letter and logo trends to give more effort and work to get their desired result/outcome hence they re good at production of small batches/products which need daily attention viz Daily need products/ services, Foods Beverages.

They have to push lots on gaining the visibility of their products and services hence the profits may be higher but the attrition rate would also be extremely high in a company.

Stretch Shaped & Letters: Companies having big /Stretch – ideally rectangular-shaped along with sharp letters ) Logo trends to get good stability in later stage but they like to take baby step, many a time it is often seen that project always delays – time is consumed from planning to execution, many top executives take lots of times in analysis of data and facts of market, hence this leads to frustration also among the co-workers.

Mixture of Angular and Soft Curvatures in Logo : Whenever they are a mixtures of angular shape size and curvatures especially on the edges of the logo – in square and rectangles then such companies – Top Executives hesitate lots ,they re becomes very harsh when there is necessity to be soft and vice versa, this also many times leads to high attrition rate in companies and employee are unable to speak to their Managers, later on, leave the companies blaming the bosses.

Curvature in Fonts: These companies tend to spend a lots time in research and development, also they always fix their whole resources on one project which leads to wonderful results hence the project gets completed in the limited time period but also this company takes the maximum of the data from the market to come to the point.

They believe in having good communication with the public and their stakeholders and customers.

Also, this group found very nice in the communication segment wherein there is need to keep in regular touch with people whether employee, vendors and supplier and clients. They follow the trends to take people with their goal.

Segmented Fonts: Whenever you see the segmented letter and shapes in Logo such companies trends to like to work under decentralizing structure.

Small group and teamwork better under this companies, they re good for connecting people and work on one project but the growth is very very slow.

Many big companies still have segmented logo in their zone like Adidas old Logo, Porsche, Rolls Royce to name few.

Cutting in the Shape and Letters: Whenever there is more of letter /font are getting cut down whether the upper or lower side of the letter such organization one may be seen many disturbances- it may be at the different level, not necessary that the outsider can see those issue of the workers and management.

Apart from internal fights this companies worker and founder(s) have lots of issue in co-ordination hence delay in the work/projects leads to extreme frustration affects the organization growth and stability.

In the nutshell, the logo of the company can be classified into 4 zones/categories – refer to site Wix Logo Maker for Ideas

In third blog of this Logo Analysis & Design Series , we will discuss more on Colors and Fonts , meanwhile you can logon to site wix logo maker to create your free brand logo.

I am launching my advance logo design workshop – to learn about the secrets of logo design , join my master class !

Let me know how you find this blog on Logo Analysis and Design ?