Why Is Everyone Talking About Numerology Calculations ? 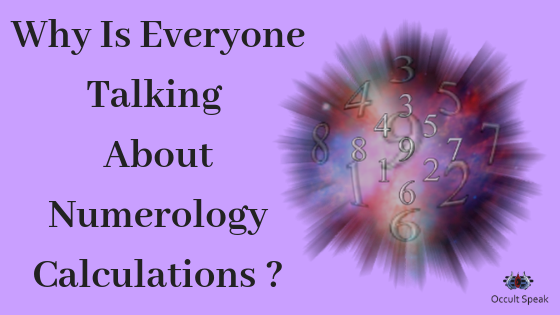 Learn How To Make More Money With Name and Numerology Calculations

Very often people ask me as Does just by changing Name or altering or addition or deletion of the letter makes any differences in life or individual or organization? Do these Numerology Calculations really work?

In my consulting career, I have come across many people those change in the letter of a name either in Company /Brand name gives them a big booster.

So what is that secret in Name or Letter which make or create an impact on human life?

READ: How and Why Number 8 is Lucky Number ?

We all know this Universe is made up of energy ( atoms) and every energy has its vibrations which give force and action to the creatures.

Hence these vibrations are always responsible for the growth and de-growth of human and non-humans.

This Name is made up of a series of Numerical Vibrations that essence of your identity. When your name /letter of the name is converted into Numbers, those numbers contain vibrations. These vibrations are result towards Name Numerology.

As I mentioned every atoms and molecule consist of vibrations hence when series of atom vibration comes together it creates either positive or negative results.

READ : What is Karma?

Therefore In Numerology when we convert Name into Numbers we get its vibrational number and its readings. For Instance, we take Film Name SHOLAY

Since each number has assigned with English Alphabets, every name and things we pronounce is affected with Name and Sound Vibrations.

Hence in case of FILM where we want to know as to whether this Film will be HIT or Flop.

As I say the Chaldean System contains a reading of every sound vibration starting from 1 – 52.

Here in case of SHOLAY – the sum of all letters comes to 20, the reading of this number is as follows:

This is the number of Judgement or awakening, even in the Tarot, it is represented as Winged Angel sounding a trumpet while a Man, Women and child rise from a tomb with their hands clasped in prayer. It denotes delays and obstacles to your plans, but these can be overcome by patience. There are New Actions or Plan to Action for some great cause or Duty.

We all know ( those are in early 60-70’s born ) the initial stage of film – Sholay was delay with lots of obstacles hence the film took a time to a take flight to high level but finally after casting to completion and launching to Cinema House, it proved to be a BIG Bollywood HIT of all time.

Hence the above reading seems to be correct.

The reading of Number 12 comes as follows :

12 is the Number associated with troubles, changes, dangers, charity, spiritualism and wisdom, It is also related to suffering and anxiety.

Now Suppose we would have change Name as BHARAT in Pre-Independence Era, then let see the calculation of BHARAT

15 Reading is – This number is associated with good speakers and skills, It will give owner great power and success. In Kabala it renounces as Magic and treachery, Hence it is a number of strong magnetism and considered as very fortunate for obtaining gifts, money and favours from others.

Thus we can conclude that BHARAT would be the Best Name if it would have kept or even if it is renamed as BHARAT instead of INDIA, our nation would have progressed at the high level and would great power in the world.

Just we have seen the FILM Name Number Vibration and Country Name number Vibration, we can get any person, area, region and brand name vibration looking at their overall name.

Hence Name Numerology always plays a vital role in Success and Failure of any person or organization.

Here I would like to make a note to you that many times, we have seen negative name vibration make people grow to thousand fold and we feel like is this Science of Numbers are true or fake.

The answer to this that although the Name Vibration is Negative – the person who is enjoying the fruits of success is because of its past karma which is also known as Sanchit Karma which when opens its account of giving the karmafal, the person has to take positive and negative karmas to fall.

Hence Karma and Name Numerology are interconnected to each other and always compliment.

Let me know how you find this blog on Numerology?