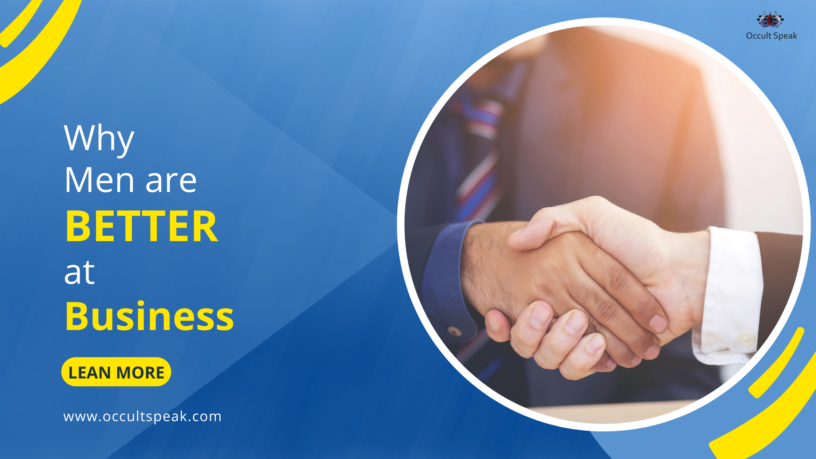 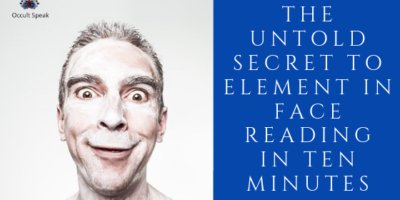 Yin Yang Facts as Why Men are Better at Business?

When such a question comes up for discussion, there is always a heated debate as to why women can’t be as powerful as men?

Why is there inequality between men and women?

Thus women’s rights and gender biased issues start popping up and many women’s wings and NGOs argue about women’s empowerment without knowing or having any information or stats about the Vedic literature.

Today, I will be putting across my point as to why men are superior in the business world compared to women in a different light.

We all know that our brain is divided into 2 hemispheres, viz left and right hemispheres.

Vedic Science says that both men and women, have different mindsets due to the creation of the body and brain. They both function differently hence they both act due to their purpose of creation.

There are two major principles or forces namely Shiva and Shakti, in this universe widely known as Yin Yang in Chinese Philosophy.

Hence, the left side is the Female side and the right side is the Male side. Few Face readers and Physiognomy Experts say that right is female energy and left is male energy which is incorrect.

This is due to wrong information fed by a few analysts and also myths that there are 5 elements which include Fire, Earth, Air, Water, and Sky in Eastern Philosophy.

But Chinese and a few Western analysts say that there are 5 elements which include, Fire, Earth, Water, Metal, and Wood.

Now since metal is derived from earth itself, we can’t consider metal as an individual element, hence this theory of Chinese and Westerners in Yin Yang Fundamentals that metal and wood are different elements is again wrong.

Now, let’s understand why the right side can’t be considered the Female side logically?

We all know maximum work is performed from the right of the body which is the dominant side of an individual hence a majority of people are right-handed.

Even all castes and religions say that both men and women can’t understand each other due to their innate nature.

Even in Hinduism, the Shiva Yoga Swar Vigyan, the left side is considered for Chandra Nadi (चंद्र नाड़ी )also known as Ida Nadi (इदा नाड़ी) or Swar(स्वर) which is feminine by nature and located on the left side of the body whereas the right side is said to be for Surya Nadi(सूर्य नाड़ी) also known as Pingla Nadi(पिंगला नाड़ी) or Swar(स्वर) which is Masculine by nature and located in the right side of the body.

Now let’s dive into a discussion on the Scientific Approach as what the logic says?

Scientists say that all men perform all the processing and munching of the data from the left side of the brain, whether taking information or decision, men use their left brain (majorly) and we all know that the left brain controls and governs the right side of the human body which is the male side, hence whether you are right-handed or left-handed, the right side of the human always remains Shiva or Male energy and left side always remains Shakti or Female energy.

Now, Vedic Shastra says that the right side also represents the spiritual side of humans whereas the left side is always considered to be  the material side which is female energy.

Also, Vedic science says that the right side being spiritual is also seen as dominant and public and the left side is seen as private and personal area.

It is this principle of Vedantic Literature that the script says that the right side is to be considered for Supreme Yogi Shiva also known as Atma and the left side is Shakti or Parvati also known as Maya or Maya shakti.

Based on these facts, the scripture mentioned Ardhanareshwar (half man and half woman) which says that feminine energy represents humans on the left and shiva as male on the right side.

Vedic Science or Vedanta says that dominance is always the public view, applicable to both men and women.

For instance, humans (whether it is men or women) or right-handed, their dominant side will always be the right part which is the public view.

Similarly, the left-handed people, their public view will be the left side and their right side will be the spiritual side.

Now, as we have mentioned above that for men, their right side is dominant which is their side and it also represents their personality and the right region will always represent the public as well as the business side ( in case a man is a right-handed person )

Therefore, those men whose right side of the face is more pronounced will focus more on business approach and relationship rather than focusing on self or body.

We also know that the right side is the spiritual side of men, so even if the man is not into the business world, then such humans are grounded, humble and practical in their approach.

On the other hand, if men’s left side is more pronounced then they may be inclined towards women or feminine energy or maybe much softer in approach as yin energy is seen in their personality.

They may even launch female products/services in their business or quite possible that there may have more female staff in their team or vendors and clientele.

Now let’s look at another perspective of the women’s side, the whole left side is their side, in case she is a right-handed person which is the majority of the case, their right side becomes a public view.

In such a situation, the right side is common as a public view for both genders. Men’s rights are their areas, and also depict spiritual and business parts. They are better at worldly affairs than women.

The reason is quite simple due to the innate natural presence in men that they tend to understand human psychology and needs faster compared to women.

On the other hand, women who are mostly concerned with their fulfillment and desire are more receptive and sensible by nature and strong on their material ambition and desire, hence they concentrate more on relationships, enough sensible and soft, intuitive thus they understand personal relationships much better than men.

So, women tend to become greedier and more sensible compared to men in this world.

Here, Vedic Science also warns and mentions that if women tend to move into the public domain, then they use the Shiva part which is not their domain and this may lead to disturbance in personal and professional life.

This imbalance is due to the innate nature of men’s understanding of worldly matters due to their side and energy is utilized whereas the women are better at their own side i.e maintaining a relationship, bonding, creation, happiness, and sensitivity with human emotions.

Now, scientifically it is also proven that Men used a maximum of their left brain (which is used for data munching, information sharing, logic, calculations, and practicality).

Men use the right side of their brain which is responsible for emotions, creativity, and sensitivity thus men use their right side only for solving complex issues in their life.

Whereas the women use both sides of the brain (left and right hemisphere) for balancing life hence they are also good at mugging up the information, gossiping, data dispersion, and also good at multitasking.

It is due to this utilization of both sides of the brain, that  women can strike a  balance and belief in imagination, creativity, and emotion due to their side of Shakti being stronger.

Hence, both men and women are an important part of our society and none can make a comparison in their potential and development.

Hence, the concept of marriage comes in Vedic literature which is a very pious and beautiful institution of life.

But nowadays the real concept of marriage and Saptapadi is hardly seen in today’s kalyug.

You can read my blog on marriage and saptapadi – 7 vows of marriage as per Vedic Science.

Every human is unique and the difference of opinion will be seen due to the innate nature created by the lord himself.

I hope this is sufficient for you to understand that both men and women are the best creation by the Lord and the universe can’t function without the ability and functionality of yin and yang.

Let me know, how did you find this informative blog on “Yin Yang Principle”?