What is Shani Sade Sati and How it is affecting our Life ? 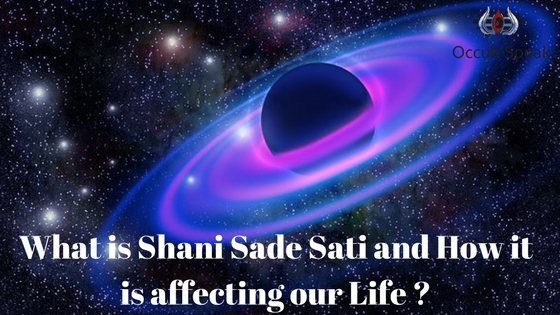 Saturn as a planet is considered as Toughest planet in Indian astrology, known to Astrologers as Kroor Graha.Hence many people get scared by Saturn planet & Shani Sade Sati but it is not that this planet always curses the humans, in fact Saturn is considered as Judge in Indian Astrology and honour this planet as Nyaypriya Graha –Shani is the Planet of Law hence one can understand how important is this planet.

In Eastern and Western Numerology – No. 8 assigned to Saturn (Shani) .This planet is said to be planet of karmas – even number is 8 which keeps circulate in life.

Hence such people have to struggle lots and No.8 is said to be Number of Extreme.

Read my Blog on Nomber 8 in Numerology Series :The Billionaire Guide On Numerology That Will Get You Rich

Shani is the main planet for giving negativity in life, Laxmi, poverty, accident, etc.  Shani slows down the flow of positive prospects coming in the everyday life. Why?  Because Shani is slow-moving planet.

Shani becomes more powerful when it is in his Zodiac signs, Makar (Capricorn), Kumbh (Aquarius) and Tula (Libra).  But it becomes dangerous when it retrogrades (meaning when it appears to move backwards in sky).  Hence it has become more disturbing for the affected persons or even nations.

Eastern Astrology says – Saturn has said as Mandachar graha – mean planet which is extremely slow in movement.This planet takes 2-1/2 year in one zodiac sign and complete 30 years to complete its cycle of 12 zodiac signs.

Astrologers say Saturn sight ( dristhi ) is so harmful that at any house in the birth chart it creates its ill effect hence whenever the Saturn enter into any zodiac sign it creates lots of obstacles and mental stress.

Saturn planet has two important roles in a human birth chart: When it comes to 4th or 8th house it is considered as 2-1/2 year Panauti.But when it comes in 12th House and when it completes its cycle to travel to another zodiac sign it takes 7-1/2 year which is known to Astrologers as Shani ki Sadesati, which is always extremely gives hard time in every human life.

What happens in Shani Sade Sati?

During Sade Sati, human suffer extremely mental stain and all his/her work is always pending and even after lots of hard work he/she is unable to attain success hence people in Sade Sati becomes extreme pessimist. One may get severe losses also at job/ business.Sade sati also sometimes leads to small accidents, chronic ailments like Stomach, Intestinal etc, Short temper, all work and relationship goes for a Toss.

While in sade sati – s/he is unable to take any decision and his all decisions went wrong .His/her mental state of mind is disturb and person feels alone in the critical situation.

What to do in Shani Sade Sati? 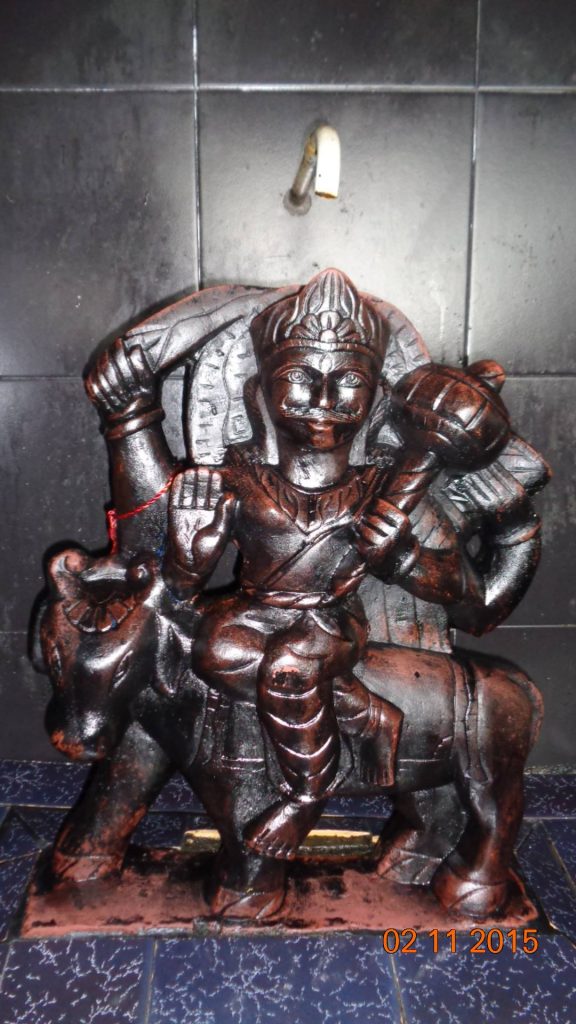 Lord Shanidev – temple at Cantt Road , Dharamshala – Himachal Pradesh which a extremely powerful temple in Dharamshala and many miracles has been happen in last 17 years.

14. One may also perform Shani Mantra Anusthan with advise of experience priest/consultant.

16. One may also create Shani Yantra and perform a ritual on this Yantra. Below is Shani Yantra which one may create with Pomegranate pen with ink made from Saffron and Gorochan on Bhojpatra ( Bhojpatra are the special tree that outer layer is utilized in the creation of Yantras.

If saffron and gorochan are not available then make it either with Saffron or Kumkum. After the creation of Shani Yantra, you have to energize this yantra with Pran – Prathistha Mantra which is scholar or priest can perform.One may chant Shani Mantra after offering light and agarbatti to this Shani Yantra.

Note: Gorochan is the Bile juice of Cow which is usually taken after the death of the cow. 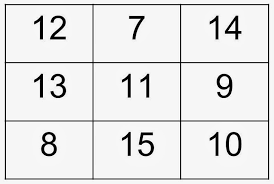